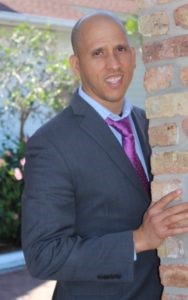 Andres graduated with honors from Montclair State University with a major in Speech Communication and a minor in creative writing. He is the author of several international-selling books including “Inspire The Sleeping Giant Within” which is published in Korea, Africa, and USA; “How To Stay Motivated During Difficult Times” and “The Finish Line”

He has appeared in famous radio shows and been featured in countless news papers all around the country. He’s currently the CEO of A. Success Training, former president of Inspiration Magazine, and a national known speaker.

His messages reach millions every week in 33 countries around the globe through his site at http://www.TheCubanGuy.com. But what inspires his audiences the most is that he has accomplished all that by the age of 24.

Yet not everything came on a silver spoon for him. You see, at the age of 16 he escaped from Cuba. He arrived to America not knowing a word of English, without his parents, without any money, and was even homeless for a while.

How was he able to turn his life around? How did he go from living his worst nightmare (living on the streets) to living his dream? What inspired him? What had him succeed in spite of all his challenges? That’s what he will reveal in his sessions.